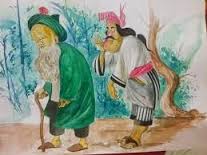 yoy said...
Our current malay generation is racist now because they desperately want to hang on to privileges which I frankly believe it slowly causing the malay race to rot away and become a pathetic race on crutches dependent.

I think that malays are the most stupid idiots on earth - they might have big sized bodies bud in their heads, but they have puny brains.

Thus coming to the conclusion that they are the most stupid black blocks on earth - they are coloured black and stink like a garbage dump.

Does malays ever think twice about their religious? What if yours believe is not what you think!

You malays will rape anybody just for sexual pleasure. You didn't read about the malay who raped his own sister?

Not only that! They yell 5 times per day and expect to go to heaven! After committing so many sins like steal, rape, killing!

Malays are so stupid that deserve to be robbed by their own government. They in fact deserve to be raped as well. Maybe we were better off as British rule Malaysia after all.

If Americans don't hate the malays, why is there so much bad press against Mahathir when he scolded the Americans? You malays are brainless and never read the newspaper. Everyday special rights here and there……….still like your tongkat so much!

You go to American embassy and see which country now is blacklisted? Did they blacklist Taiwan, Singapore, Hong Kong?

Even the Japanese look down upon the malays because they are just a bunch of fool, corrupt, lazy person who feed on the Chinese income tax for their existence.

The malays want to produce as many pig babies as they want, but doesn't teach them what is honesty, hardworking, civilisation!

You know why he/she need to leave……….? It is all because of those idiots who voted for the pig government to chase those talents out of this country.

This scenario would stay.

They would prefer to remain backward, so long as they are in control over you and me. I think they enjoy seeing non-malays 'begging' all the time.

Even though they are left far behind Korea, Taiwan and now Thailand is coming up strong. To them these are not competitors. In their narrow mind, the 'enemies' are local non-malays. Must suppress, by all means.

Most of the malay pig in Malaysia cannot think clearly, their mind and thinking are clouded by such things as comfort zone, frog-in-a-well syndrome, ignorance, racial pride, stubbornness, etc.

I feel ashamed to call myself a Malaysian nowadays because you malay pig are making us losing our pride day by day by corrupting the once dignified image of this country, you know Malaysia is now a laughing stock among the non-Muslim countries in the world!

People despise this country still protecting the lame lot and not doing anything to improve the deteriorating situation, still practising double standards among its own people, still expelling the non-malay genius to other countries, still depriving the rights and benefits of other races to its own race, still criticize and blame the Chinese for their minority poverty.

Hey, what is wrong with you malay pig? Haven't you fed yourself enough with the loots yet? Still want more? What a worthless thieves bunch!

You malay pig are worse than a maggot. We need a leader not a faggot to rule this country. Get lost you freak!

For all the bad things you stupid melayu babi say about the Chinese, when you are in trouble and big shit, what do you do?

You come crawling back on your knees to the Chinaman to help you, because you can't trust all your malay pig who are sodomy rapists, incest culprits, drug addicts.

Without the Chinese, you malay pig will still live on trees, swinging from tree to tree like monkeys, or forages on the ground by your 4 legs to eat all the shit.

You malay pig are a truly ungrateful lot - the minute all the Chinese leave Bolehland - you malay pig will collapse into the sea and die - that is your destiny!

I think the problem of malay pig race is their culture - it is in born in their gene - nowhere in the world that you will see affirmative action is focusing on the majority because it is always the minority that need the protection.

Worst, the minority in Malaysia has been systematically marginalized just to suppress them of their growth.

Let the malay pig make Malaysia the most corrupted place to live in and see what happened in 2020? I guess malay pig will go back to Indonesia as Malaysia don't belong to them, they are also immigrants from Sumatra, Sulawesi, Jawa, etc.

Please get it into your pea-sized otak udang plastered with layers and layers of tahi babi encased in your kepala kayu that Malaysia belong to the Orang Asli who are the true bumis of the country.

Niffy pellmell malay pig are in fact pendatang haram who swam across the Melaka Strait illegally from Sumatra. They should be caught, given severe caning and deported back to their pig sties in Sumatra.


malay pig no brain said...
I am totally agree what you have said, those moron malays have no sense of 'malu'. For example, I find that most of those malay pig creature are dirty and smelly, but they still walking around proudly with that stinking and ugly look.

Another example is most of them are poor, they can't afford a big luxury car. When they saw Chinese or Indian driving a big car, they are feeling distress and jealous.

What a loser! Hey non-malays can afford a big car without depend on NEP policy. But you pathetic malay pig can't afford it even though with NEP policy help. Loser malay pig!


killer said...
This malay pig race is so stupid, that they'd never amount to anything in this world.

This message board has been here for awhile, and if anyone goes back, there is no one message, that talks good about this stupid malay pig race, because everybody knows how stupid, and hateful this malay pig race is all about.

The malay pig will crumble from internal weaknesses and disappear in era of globalization - no need for others to colonize them.

Because malay pig like to be parasites and feed on the Chinese income tax!

Wait until the malay pig population increase to 90% in Malaysia, the same ratio as in Indonesia, then you will know the meaning of poor, as there will be too many malay pig to subsidize.

Then the economy collapse.

The malay pig are actually digging their own grave and they are trying to dig a deeper and bigger one now.

But all of them I have to see are being manipulated by certain top malay politicians so they will support them.

There show that the general malay pig are quite stupid and can't think outside the box.

Only 1% of the malay pig can make it and they are the exceptions. If malay pig are not stupid, what are they?

If all malay pig jump into sea and all die!


vesewe said...
Yes, a lot of non-malays in Malaysia are leaving this country. But what the hell, they (babiputras) don't care. They are happy that we leave.

I do agree with you of those mentioned, our country is stepping backward, we are loosing in all aspects and yet overdue and retarded ministers are still available on shelf. The ministers think that they are the only ones capable and qualified to be there and not replaceable, otherwise the country could collapse.

Looking at Afghanistan, Iran, Iraq likes looking at this country future. The well connected babiputras are getting richer. This government is spoon feeding the babiputras at this nation expense. I am sick of this country too.

My advise is let them rot in their own stew.

The Barisan government has achieved 0% in reversing the trend of racism.

While South Africa has disbanded racism through the government's initiative after the global news onslaught, our government leaders are propagating FACISM and RACISM in every way.

In term of racism, we are the most uncivilised country in the world. Look into our neighbouring countries of Asia, they are advancing economically on a straight forward objective, for their citizens.

Whereas we are moving in deviationist path, widely off the international economic theory for the sole objective, of propelling the well being of a supreme race.

Mahathir era is over, here we have Badawi. Is he changing the trend? Not a single sign of it.

How about the future under Najib? Sad, sad. They have more camouflage in readiness.

Hey, you pathetic cow and all the babiputras who have the same feeling/thinking like them. You don't feel shame being spoon feed by government using the taxpayers money?

I guess all the protection policy make you all even more lazy and narrow minded and stupid. The majority of you once step out of the Malaysia soil will sure starve to death.

Hoy, I think you should try some pork meat once a while to make you more intelligent a bit. Look at around the world region, anti pork meat countries are mostly rippled with starving and war or worst, non-stop crying for government policy protection.

Fact is fact when you babiputras are stupid is always stupid - although it can be help by consistent protection and nourishment policy but the end result will not go far because the quality of gene is there. 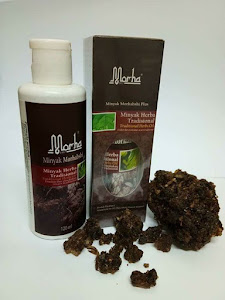 "..you have highlighted some intelligent & good points.You are true Malaysian" (Edward Skading)...